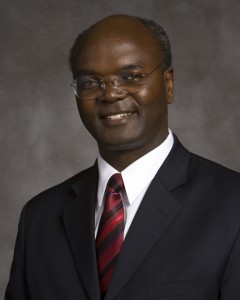 Elder Sitati earned a bachelor’s degree in mechanical engineering from the University of Nairobi, a diploma in accounting and finance from the Association of Certified Accountants and has also done course work for an MBA degree. He has worked as an executive for a nongovernmental organization and in several positions with a large oil and gas company. More recently he served as the Church’s international director of public affairs in Africa. Elder Sitati and his wife Gladys Nangoni are the parents of five children.

17 thoughts on “Elder Joseph W. Sitati Called to First Quorum of the Seventy”